What is Arbitration?
Arbitration is a legal procedure, in which two opposing parties, who might be entered into a dispute of some kind, can have one or more independent arbitrators, make a binding decision on the dispute. Generally, when a dispute reaches arbitration, both parties opt for a quicker, more private resolution that helps both avoid unwanted court time. At Mangan Louis Law Firm, we provide one of the top arbitration services for clients involved in disputes of all kinds. Ranging from business issues, personal or civil matters, and much more. With years of experience, our skilled team of litigation attorneys has helped countless clients to achieve successful outcomes in their arbitration proceedings and disputes. Whether you are a client or an attorney, the goal is to avoid having to go to court if at all possible, and through strong litigation and arbitration the team at Mangan Louis hopes to help you achieve such an outcome in your legal disputes and issues.

How does Arbitration Works?
Depending on the specifics of a situation, such as an instance in which a dispute arises while two parties are under a contract, often an arbitration clause will be part of the contract An existing dispute can be referred to arbitration using a submission agreement between the parties. In contrast to mediation, a party cannot unilaterally withdraw from arbitration.

A Neutral and Unbiased Arbitrator
While an arbitrator may be found by one side or the other, clients must understand the point of an arbitrator and arbitration as a whole. An arbitrator, as we have mentioned is someone who can provide an unbiased, third-party opinion on a matter from a legal perspective – without having a bias towards one side or the other. This keeps either side from enjoying what is referred to in sports as a “home court advantage”.

Decisions are Final
When entering into an arbitration it’s important to understand, that generally, either side would like to come to some form of an agreement, without the need to go to court – however, they are generally unable to agree on their own. This is why they will contact an arbitration specialist, such as Mr. Michael Mangan, Esq, and his team at Mangan Louis Law Firm. According to the rules in place, the parties must agree to carry out the decision made by the arbitrator or tribunal, without any delay – unless necessary and in limited circumstances.

Why Choose Mangan Louis?
If you need any arbitration services or legal counsel in any form – the team at Mangan Louis Law Firm is considered to be one of the top law firms in New York City. They have helped countless clients to achieve favorable outcomes, and to do so in a way that is the fastest, most efficient, and most importantly effective in achieving the desired outcomes of their clients! With years of experience and top-notch mediation skills, their team of attorneys has the legal knowledge and understanding to implement the legal system and its practices as best they can in your favor. For more information on arbitration or any other practice services, be sure to contact Mangan Louis Law Firm today. 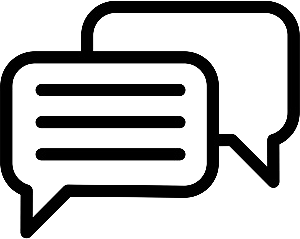